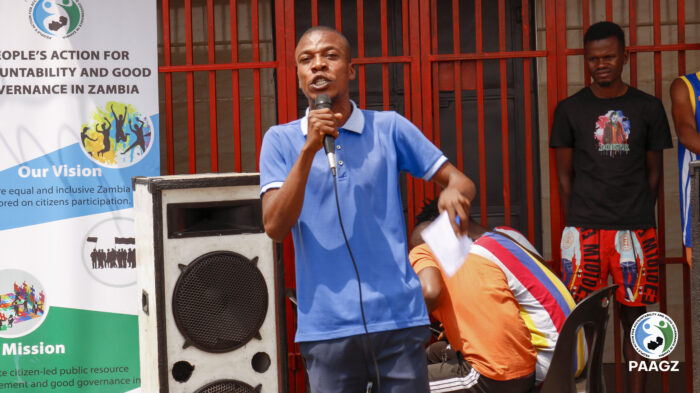 PAAGZ conducted another street debate in Misisi Compound,the debate motion was “IS THE CDF ENOUGH TO ALLEVIATE THE PROBLEMS OF MISISI COMPOUND”.

During this session, residents of Misisi community were invited to air their expressions the recently increased Constituency Development Fund and challenges that there civic leaders should address . Some of the issues that came to light included:
 Lack of schools at both primary and secondary levels.Misisi Compound does not have
any public school.
 Lack of proper drainage systems in the area making it very prone to floods especially in
the rain season.
 Lack of sensitization on how to access empowerment opportunities especially for the
youths and women. This has contributed to the ever rising numbers of gangs popular
known as junkies.
 Lack of general good sanitation in the area making it prone to water borne diseases such
as cholera.

The activity played an insightful role in educating the citizens of Misisi Compound on the availability of the Constituency Development Fund.